The Mis-Education of the Negro - Carter G. Woodson 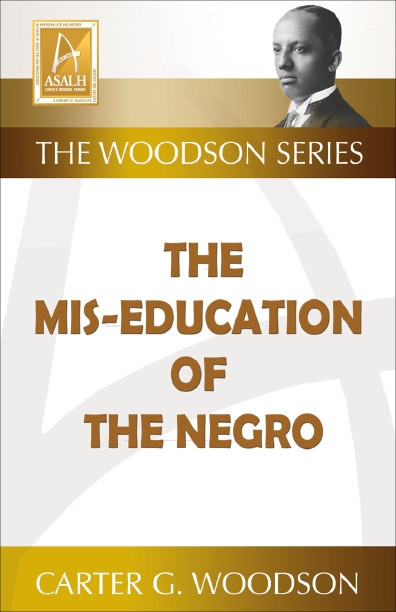 The Mis-Education of the Negro - Carter G. Woodson

“The oppressor has always indoctrinated the weak with his interpretation of the crimes of the strong.”

Considered Woodson’s seminal work, this text explores his thesis that African Americans were being culturally indoctrinated, rather than taught, in American schools. He asserts that this conditioning caused African-Americans to become dependent and to seek out inferior places in the greater society of which they were a part. Woodson skillfully exposes the weaknesses of Euro-centric based curriculums that failed to include African American history and culture.