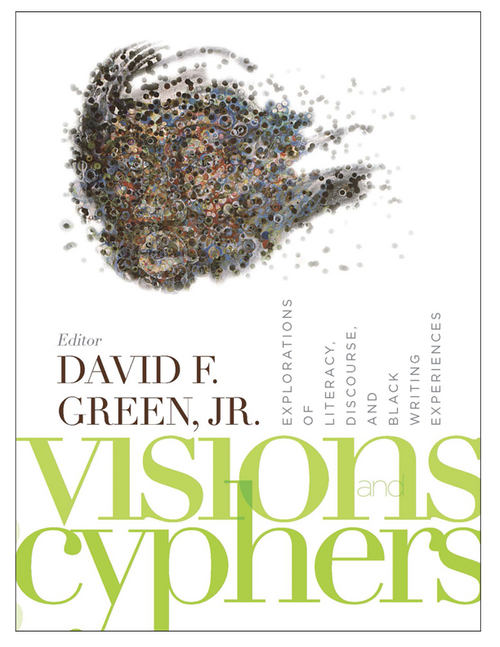 VISIONS AND CYPHERS is a rhetorical reader that takes a writing-about-writing approach to literacy and composition studies, encouraging students to think through the role of writing and writing instruction in their academic and social development. Employing essays that consider race, culture, and difference in discussions about writing instruction and composition practices, Visions and Cyphers stresses the idea that writing is a fluid and purposeful mixture of language, design, and cultural choices. The essays featured in Visions and Cyphers are authored by an impressive range of diverse scholarly writers, each of whom is prominent in the field of composition and literacy studies and each of whom engage in conversations about language, writing, culture, and rhetorical possibilities from intense and creative perspectives.

Complemented by discussion questions that prompt students to think about the authors’ rhetorical choices and the context and cultural relevance for writing, the essays in Visions and Cyphers help students puzzle through the complex theories that inform writing instruction to help them to take ownership of their writing development and their roles as social engineers and culture keepers. 187 pages.

About the Author: David F. Green, Jr. is an assistant professor of English at Howard University and Director of the First-Year Writing Program. He has published articles on race, rhetoric, and community literacy. His primary research interests include African American rhetoric, composition theory, and rhetoric of race and hip hop.