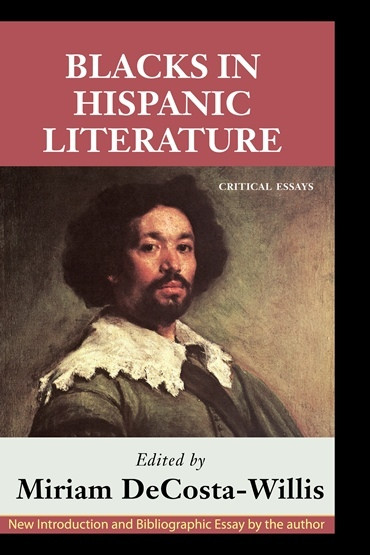 (E-book) Blacks in Hispanic Literature is a collection of fourteen essays by scholars and creative writers from Africa and the Americas. Called one of two significant critical works on Afro-Hispanic literature to appear in the late 1970s, it includes the pioneering studies of Carter G. Woodson and Valaurez B. Spratlin, published in the 1930s, as well as the essays of scholars whose interpretations were shaped by the Black aesthetic.

This edition includes a new Introduction, which traces the development of Afro-Hispanic creative writing and literary criticism since its first publication in 1977.  The field has been enriched by the publication of three important journals, organization of seminars and conferences, and application of new critical methodologies. This edition also includes a bibliographic essay that describes the creative production of Afro-Hispanic writers;; particularly women, Latinos, and Ecuatoguineans who have emerged in the last three decades. The updated bibliography describes the publications of scholars, such as Richard L. Jackson and Marvin A. Lewis, who have broadened the field to include analyses of genres, themes, countries, and individual authors.

This collection introduced many academics to a new discipline, defined and shaped the contours of that discipline, and provided an aesthetic that led to the development of other theories. Cited by a literary critic in 2004 as "the seminal study in the field of Afro-Hispanic Literature . . . on which most scholars in the field 'cut their teeth,'" Blacks in Hispanic Literature, thus, helped to lay the groundwork for the evolution of Afro-Hispanic Studies.
1977 (first published), 2011