'Excerpt from Walter Mosley's "What Next?

Posted by Black Classic Press From "What Next? A Memoir Toward World Peace on 29th Nov 2018

When I was eight, I asked my father if he was afraid to go off and fight in World War II. He said, “No, honey. I wasn’t afraid. You see, I knew that the Germans were fighting the Americans, but I didn’t know that I was an American.”

“Nobody thought that Negroes were Americans where I was raised,” he said. “We couldn’t vote, we had no rights that couldn’t be taken away by white people, and most of us believed that we weren’t really equal to whites. So I thought that the Germans would just pass me by looking for their American enemies.”

“No,” he said. “Those Germans wanted to kill me just as much they wanted to kill every other foreign soldier. As a matter of fact, them shooting at me was what made me realize that I really was an American. That’s why, when I was discharged, I left the South and came here to Los Angeles. Because I couldn’t live among people who didn’t know or couldn’t accept what I had become in danger and under fire in the war.”

My father always taught by telling stories about his experiences. His lessons were about morality and art and what insects and birds and human beings had in common. He told me what it meant to be a man and to be a Black man. He taught me about love and responsibility, about beauty, and how to make gumbo. My father’s instructions have sustained me in the complex life we live here in America. Some of his lessons I’m still working out over forty years later.

What did he intend for me to learn when he told me about the war and his safety zone of race? I already knew that I was an American because every Election Day my parents made a big deal about going out to vote. California was our home, and I was so insulated by their love that racism seemed like a far off, almost mythical foe. Maybe this story about the war was just a humorous tale. But no, if you had been there, you would have felt the passion and deep emotion. You would have heard the relief in his laughter.

When I went to school, there were no Black philosophers, at least none that I was aware of, who were recognized by Western universities. All of the philosophers I studied were white (with a few Eastern exceptions), and, for that matter, they were all male. Africa, the cradle of civilization, seemed to have no footing in the highest form of human thought. Even the few philosophers who were obviously born on the Mother Continent were most often represented in white face. This is changing somewhat, but I’m still of a generation whose minds’ eyes were trained to see white men as the only leaders and scientists and thinkers.

I would have been completely brainwashed by this lopsided and racist view of the world if it weren’t for my father. He was a deep thinker and an irrepressible problem solver. He was a Black Socrates, asking why and then spoiling readymade replies. He laughed when things got really bogged down, but he was no Sophist. My father cared about the world he lived in, and so he admitted his confusion about his place in America because he didn’t want me to make the same mistake in my life. Or, if I did make a misstep, he wanted to make sure that I could find the remedy in his great treasury of tales.

The first thing I had to work out was that his story unfolded in three stages: First the fearless ignorance that blinded my father to his real place in the world and the real threat of the war; then the violent and frightening experience that made him see that he had been wrong all those years: and finally the wisdom he gained, which showed him that he had to break away from the world he had known, and the world that knew him, in order to act on the knowledge he had gained. His was a path set out in ideas and a system of thought based on a unique experience.

On the face of it, one might think that my father was just slow. Why didn’t he see that if he put on a uniform and crossed the mighty Atlantic that his life would be in jeopardy just like the white soldiers who came from America? This story, you might think, only proves that LeRoy Mosley didn’t have the sense to come in out of the rain. But my father had been seeing Black men in uniforms go along almost invisibly his entire life. They were butlers and porters and hotel clerks, red caps and jazz band members who labored in the background, in the shadows of their own skins. There were even Black policemen in my father’s time, but they were not allowed to arrest whites. They weren’t even allowed in certain parts of the police station. Black men in uniform, for the most part, went unnoticed. But even if some white soldier did see him, why would he worry?

Purchase What Next in the Memoir Package 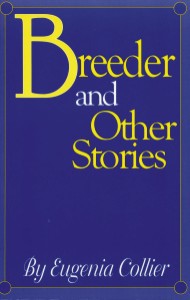 Certainly the house looked most unlikely when I first saw it. As we drove up a winding country road toward the summit of a hill, there was the house set back a bit on the right side of the road. It looked like a New England salt box house misplaced in the deep South. The white paint had long [...]

Did you get the New York Times on Saturday? I didn't know it at the time because I did not have the physical paper, but Saturday’s edition came out with a large article on Ta-nehisi and an equally large article on Haki and Third World Press. Nothing like this has been done before making that edition for people like me, [...]

Get the Best Experience in Independent Publishing: Work for Black Classic Press

Publisher’s Note: It wasn’t until we were halfway into the project that Jared, Todd, another key member of the project team, and I decided that A Lie of Reinvention would be a perfect counter-title to Marable’s A Life of Reinvention. We also agreed that our title would speak directly to the numerous problems that critics have identified with Marable’s book, which included [...]

Throughout the different stages of my life, I’ve always had memorable teachers. They all played a role in shaping who I am today, and I appreciate each one of them for the contributions they made to my growth as a student and person.One of my teachers in elementary school was Ms. Bacon, who was an “old school, school teacher.” [...]

One Man, One Hundred Countries, & a One-Track Mind: A Conversation with Dr. Runoko Rashidi

Scholar, historian, author, and lecturer Dr. Runoko Rashidi credits Black Class Press Director W. Paul Coates with providing the inspiration for his latest book, My Global Journeys in Search of the African Presence(Black Classic Press, 2016). “I’ve worked with BCP in some capacity or another since the 1980s,” he said, “and I have been writing travel notes since the 1990s. [...]

A Shout Out for Independent Bookstore Day

Each year the American Booksellers Association designates the last Saturday in April as Independent Bookstore Day.I have always been and continue to be an avid supporter of independent bookstores, particularly those owned and operated by Black booksellers.Before officially founding Black Classic Press in 1978, I operated a bookstore in Baltimore called the Black Book from 1972-1978. And my relationship and association [...]

Happy Poem in Your Pocket Day

Today is the day. As part of National Poetry Month, thousands of people will celebrate Poem in Your Pocket Day by selecting a poem, carrying it with them, and sharing it with others throughout the day at schools, bookstores, libraries, parks, workplaces, and on Twitter using the hashtag #pocketpoem. In honor of the day, which began in [...]

Publisher’s Note: This year marks the 15th anniversary of our publication of Beyond the Frontier, an important collection poetry showcasing the early work of today’s finest Black poets. In honor of the occasion, I asked the collection’s editor, E. Ethelbert Miller, to write a post reflecting on the book’s significance then and now. In addition to Beyond the Frontier, the [...]