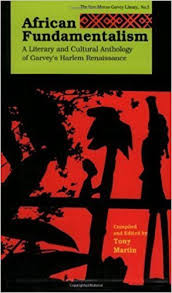 The real roots of the Harlem Renaissance lie in the Garvey Movement. Zora Neale Hurston, Alain Locke and Claude McKay all published in Garvey's Negro World before the "mainstream" Renaissance got going. Afro-America's first book reviews and literary competitions came out of the Garvey Movement. This volume presents a rich treasury of literary criticism, book reviews, poetry, short stories, music and art appreciation, polemics on the Black aesthetic and other never before published literary and cultural writings of Garvey's Harlem Renaissance. Authors range from the unknown to major literary and political figures whose Garvey connections few will suspect.