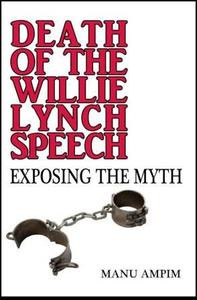 Supposedly given in 1712, the "Willie Lynch Speech" is widely believed to be authentic. Actually, as revealed in this book, it is an amateurish and malicious hoax. Unfortunately, many people taken in by this hoax have spread and championed it. An extreme example of this championing occurred in 1995 at the Million Man March. There, the "Willie Lynch Speech" was dramatically repeated. Marchers and millions around the world who witnessed the March through television and radio were presented with this hoax as fact and history.

This volume contains the fake "Willie Lynch Speech," correspondence between Ampim and the admitted hoaxer, and the hoaxer's confession. 67 pages.