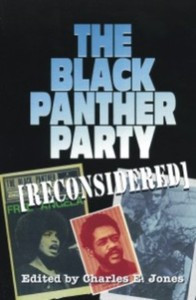 The Black Panther Party for Self-Defense was the most effective grassroots black revolutionary group in American history — but one whose legend, replayed in sensationalized news stories, a major movie, and countless publications, has outlived the group itself. Featuring never-before-published reflections from former members as well as tables and illustrations, this pioneering collection of essays examines this unique organization in depth using a new approach that places the views of former Panthers alongside those of historians and cultural commentators. The result is a vital dialogue between inside and outside perceptions and realities. A section on gender dynamics offers a much-needed examination of the role of women in the Party. Other essays in the volume address the social forces that gave rise to the Party, the organizational dynamics involved in maintaining its activities, and the internal and external factors that eventually contributed to the Party's decline. Neither strict memoir nor analysis, but combining elements of both, The Black Panther Party Reconsidered turns a welcome lens on this much-misunderstood group.  519 pages.

Here is a searing, illuminating and unapologetic look at the Black Panther Party, whose 1966-1982 history is one of the most controversial and dynamic political dramas of our time. Georgia State University African American studies professor Jones uses original writings from insiders, including former officials like former communication secretary Kathleen Neal Cleaver (who now teaches law in N.Y.C.), who writes about the Algerian exile she and her then-husband Eldridge Cleaver experienced during that era; and rank-and-filers like Steve D. McCutchen, whose Panther-era diary makes engrossing reading. The 18 chapters include original essays and memoirs by, and interviews with, former Panthers. Contributors include scholars of Panther history like Stanford's Angela D. LeBlanc-Ernest, Nakhil Pal Singh of N.Y.U., Clarence Lusane of American University and Trayce Mathews, a Chicago-based political activist whose dissertation explores gender dynamics in the Black Panther Party. Founded in Oakland, Calif., by Bobby Seale and the late Huey P. Newton to promote armed self-defense of the black community from an allegedly brutal police force, the Panthers soon grew into a national force. The Panthers, argues contributor Chris Booker, "embodied the highest aspirations of a generation of radical African American youth." These essays are mainly sympathetic to the Panthers' aims, and there lingers among some of them a bit of uncritical nostalgia. But contributors also critically investigate the party's complex attitude toward violence (police reprisals and inner-party conflict killed over two dozen Panthers from 1967 to 1969), inner-party gender relations, the consequences of the unstable membership mix of political activists and quasi-criminal types, and the group's romantic notions of social revolution.

Revisiting the revolutionary reputation of the Black Panther Party (BPP) of the turbulent 1960s, political scientist Jones (African American studies, Georgia State Univ.) contributes a six-part, 18-chapter probe of the reality behind the rhetoric and the substance behind the much-maligned Panther image. The anthology mixes interviews with analysis, reflections, and recollections. Former BPP members such as Kathleen Neal Cleaver, Regina Jennings, and Melvin E. Lewis and others delve into the contextual landscape of the BPP's founding in October 1966, recruitment of rank and file, organizational and gender dynamics, decline, and complex legacy. This work provokes serious thought about how authority in government and media manipulate public perception of black protest. But even more, it unfolds dimensions of the BPP as a base of black nationalism and a bridge to intercommunalism, signaling a move beyond mere memoir to helpful scholarship on the BPP's integrity and interactions. Recommended for collections on African Americans and modern U.S. history and politics. With the recent death of Eldridge Cleaver, interest may be revived in the Panther phenomenon.Thomas Davis, Arizona State Univ., Temp.
-Thomas Davis, Arizona State Univ., Tempe
Copyright 1998 Reed Business Information, Inc.