How an Ex-Black Panther Waged a Successful, Four-Decade Revolution In Publishing Without Planning To

Posted by Natalie Stokes-Peters on February 27, 2017 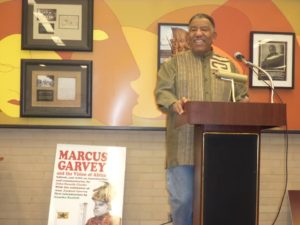 The following article was published in the Atlanta Black Star on February 22 and was written by D. Amari Johnson.

Paul Coates never planned to become a member of the Black Panther Party. Recently returned from a three-year military stint in Vietnam, the Philadelphia native and avid reader relocated to Baltimore in 1968, where he subsequently began “hanging around” the Party, not as a member, but as a community worker.

“At that time,” Coates clarifies, “you didn’t join the Party. The Party joined you.”

Paul Coates certainly never planned to become a leader in the Black Panther Party. After the Baltimore chapter was “wiped out” by politically motivated arrests and its members forced into hiding, Coates, still a community worker, traveled to New York to let the Party’s East Coast leadership know of the precarious local situation. Upon informing them there was “nobody left in Baltimore” outside of himself and a few other community workers, he recalls, “one brother said, ‘Well I put you in charge.’” Caught off guard, Coates quickly responded that he had no desire to do so. The Panther leader persisted, and the two went back and forth until Coates protested, “I can’t be in charge. I am not even a Panther!”

The response he received would settle the debate once and for all.