Publisher’s Note: This year marks the 15th anniversary of our publication of Beyond the Frontier, an important collection poetry showcasing the early work of today’s finest Black poets. In honor of the occasion, I asked the collection’s editor, E. Ethelbert Miller, to write a post reflecting on the book’s significance then and now. In addition to Beyond the Frontier, the press has published two collections of Ethelbert’s poetry, First Light (1994) and Whispers, Secrets, and Promises (2013) as well as his memoir Fathering Words. He is a good friend and long-time supporter of our work. 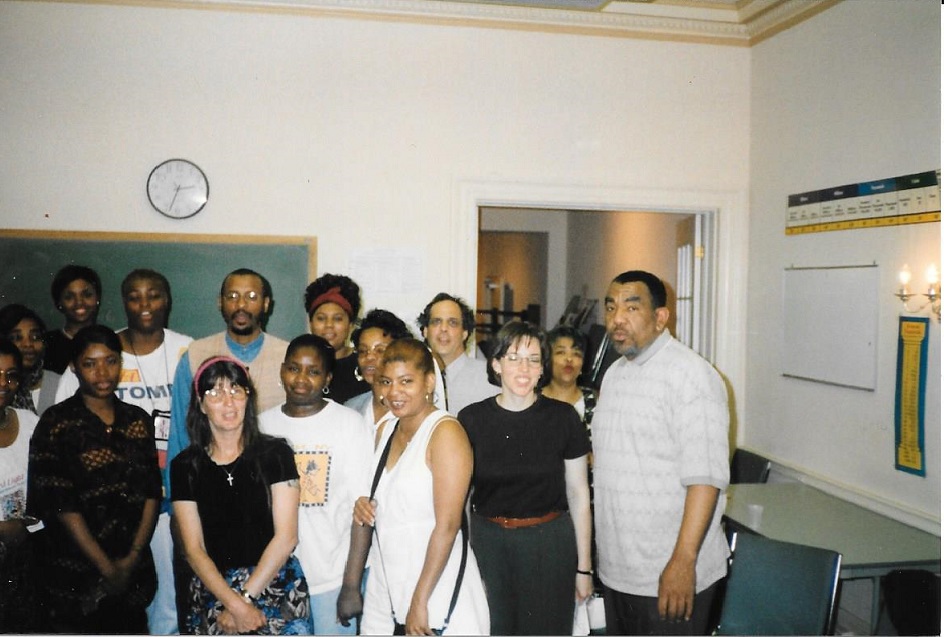 Like Miles Davis, I’ve started making it a habit not to look over my shoulder. Too much of life consists of staring into a rearview mirror. It’s not the best way to drive but now and then the trace of lipstick and perfume is a reminder that love once was real and maybe it’s time to turn around. We still listen to “Kind of Blue” because of the taste for sound, the sweetness of knowing every note is classic.

It’s been a long time since I picked up a copy of the anthology I edited for Black Classic Press in 2002.Beyond the Frontier: African-American Poetry for the 21st Century was more a probe for documentation purposes than anything else. I was looking ahead and wondering what poets would change the literary landscape of America.

Maybe this was my Alain Locke way of saying, here are the New Negroes, the writers who would usher in a new generation of global Black awareness. Can one predict the future?Black survival depends on it. If the blues demands a degree of wholesome resiliency, then we must continue to sleep with one eye open. Our present is fragile and a reminder that the Emancipation Proclamation was written on paper, and few of us have spent the time trying to set this document to memory or even music.

I’ll always be grateful to the visual artist Edgar H. Sorrells-Adewale for granting permission to Black Classic Press to place his artwork on the cover of Beyond the Frontier. Should one judge a book by its cover?In this case, the answer is a resounding – yes! Sorrells-Adewale gave the book that Afro-Futurist look few knew was coming.

The title for the anthology comes from the dedication:

This book is dedicated to the memory of Leon Damas, Lance Jeffers, Larry Neal, Stephen Henderson, Sterling A. Brown, C.L.R. James, Walter Rodney, and Julian Mayfield. These men helped chart the waters of blackness. We are their children, fighting to survive and live in this world. Our dreams carry us beyond the frontier.

The absence of women in my dedication is not a mistake or some oversight. I wanted to talk about the importance of Black fatherhood. We keep talking too often about missing or invisible fathers. Well, here they are in the dedication. Mark their names and then learn how to construct the temples.

The time has come to praise these men, as we embrace our dreams and move beyond the frontier. Count the number of women contributors in the anthology, and you will recognize how the blueprints of the future are held in their hands. Our task is to learn how to build together without creating our own babel and the destruction of our Black towers.

Today Beyond the Frontier doesn’t amaze me when I look at the achievements of its contributors. From Pulitzer Prize winners to those Big Mac genius award recipients, this anthology is a reminder that June Jordan was right: “We are the ones we have been waiting for.”

Note: Beyond the Frontier Editor E. Ethelbert Miller and Contributor Tyehimba Jess, 2017 Pulitzer Prize in Poetry winner, will be featured at this year’s Blackbird Poetry Festival hosted by HoCoPoLitSo at Howard Community College on April 27.

All Black Classic Press print poetry and literature titles are 20 percent off during National Poetry Month.