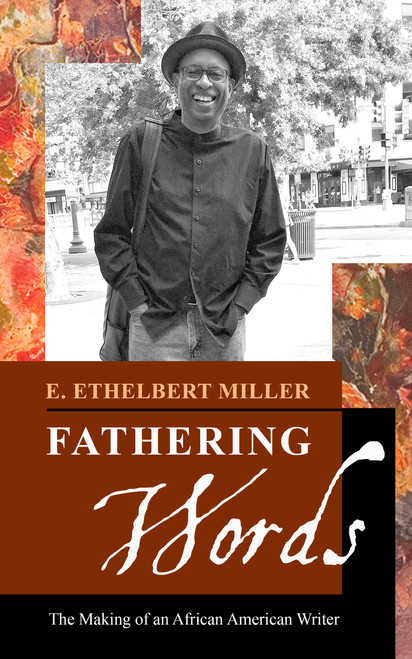 Moving beyond the loss of both his father and brother, E. Ethelbert Miller tells the story of how love survived in his family. When Miller was about ten years old, his father told him how he considered leaving his mother. Years later, now a writer and a father, Miller looks back on that simple remark and how it shaped him. In Fathering Words, Miller explores his development as an African American writer, the responsibility of his chosen career, and his ambitions to raise the consciousness of Black people

Miller’s poetry often relies on the voices of women. Here in Fathering Words, he has chosen to write his memoir in two voices. He places his sister’s voice on the page next to his own. The result is a wonderful duet that tells two stories woven into one. 178 pages.